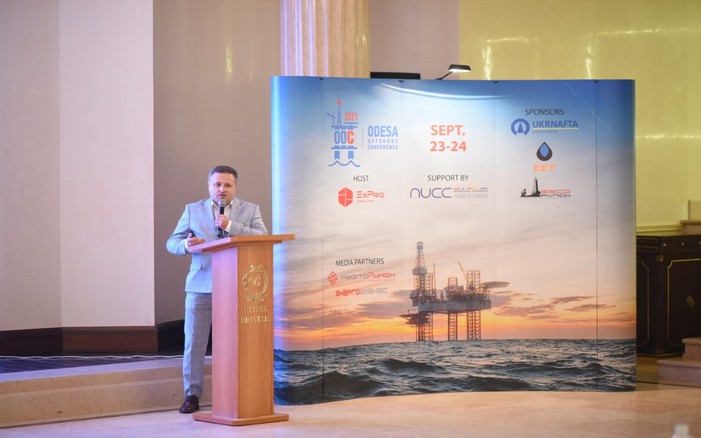 Ukrnaftinvest has entered a new exploration work stage in the Odesa oil and gas region. Thus, in the Sarata district, well №4 “Serhiivska” received oil inflow in the first test. Currently, the well is being tested for prospective horizons, the results of which may form the basis of oil production in the south of the Odesa region next year. Myron Firman, Chief Geologist of Ukrnaftinvest Research and Production Concern, a member of the BGV Group Management investment group, spoke about the prospects and peculiarities of oil and gas production in the Odesa region during his speech at the Odesa Offshore Conference 2021.

Myron noted that exploratory operations in the Odesa region had been going on for a long time, for 70 years. Purposeful prospect drilling on Sarata Zone has been carried out since the 1970s, and the East Sarata field was discovered in 1983. However, to date, neither private investors nor state-owned companies have been able to reach the stage of industrial oil and gas production. With the arrival of BGV Group Management in the region — a real investor with leading technologies — we managed to get the first positive results and move to a new exploration phase. Thus, according to Myron Firman, in just 2 months the Ukrnaftinvest team organized and carried out the construction of the first exploration well on the oil field in the Sarata district, and in early September, the Odesa well №4 “Serhiivska” received an oil influx.

“Progress is obvious. We’ve successfully completed well drilling in the south of the Odesa region and started further testing. In a few months, we’ll get the results and will be able to clarify oil reserves. And after that, we’ll understand how many wells will be needed and what capacities we need. That is, it could be dozens of wells for oil production, and accordingly, new jobs and millions of revenues to local budgets,” says Myron Firman, chief geologist of PJSC NJSC Ukrnaftinvest.

BGV Group Management and PJSC RPC Ukrnaftinvest involve leading specialists and state-of-the-art technologies in field development. Thus, for the first time, hydrocarbon-based drilling, external swell packers, modern complexes of industrial and physical research, and secondary drilling-in with hydrocarbon liquids by the latest perforation systems were used here. During the presentation, Myron Firman stressed that the geological structure of the Odesa oil and gas region was one of the most complex ones in Ukraine, which is why the company uses new technologies and approaches in the design, drilling, testing, and exploration of wells. 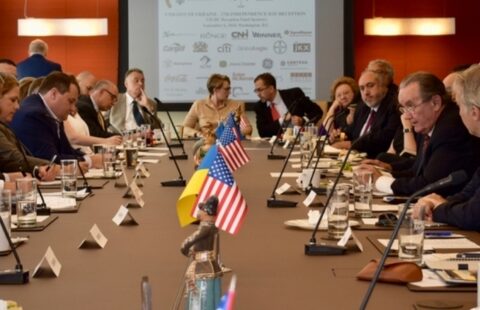 Next Post New region for investments: what attracted big business in Kharkiv